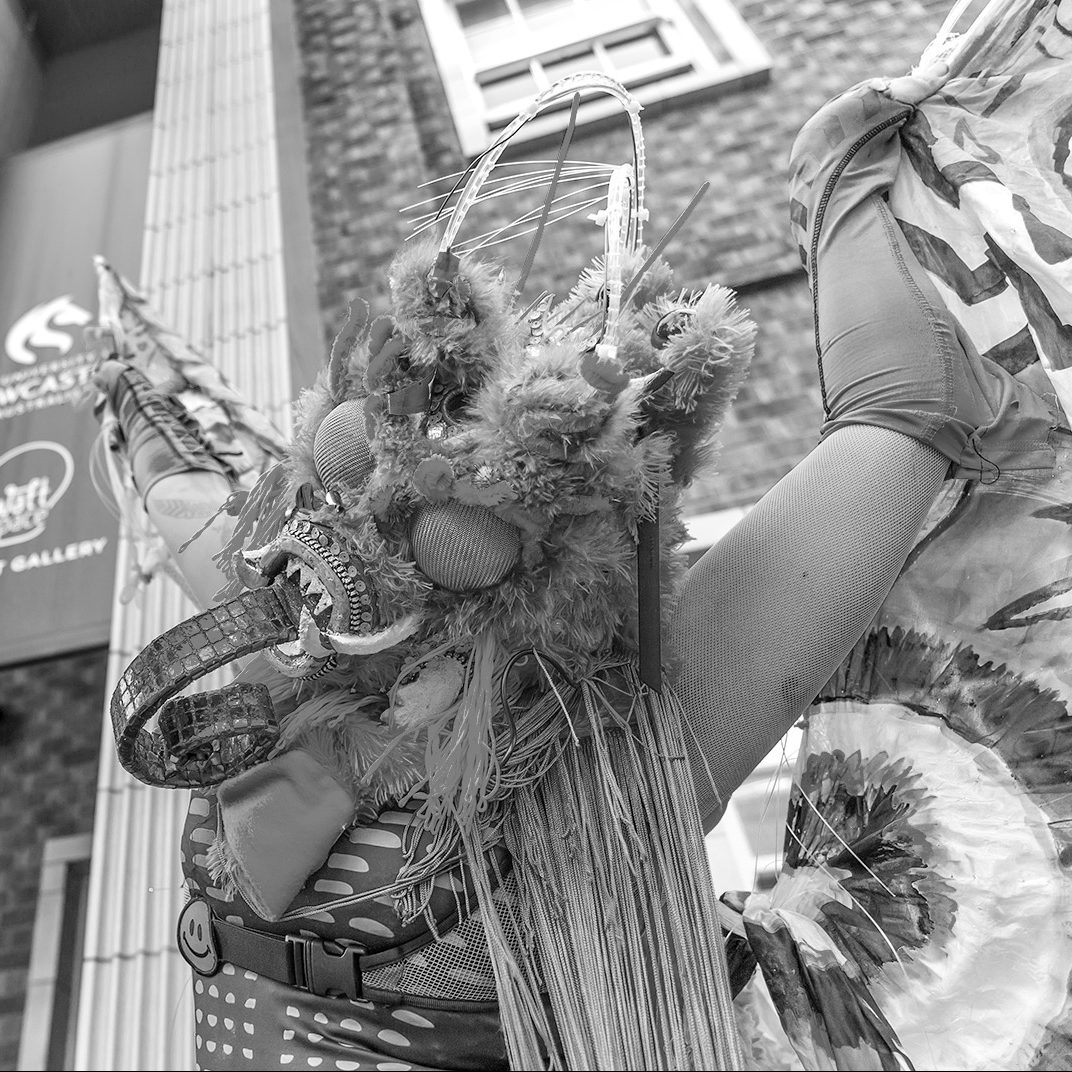 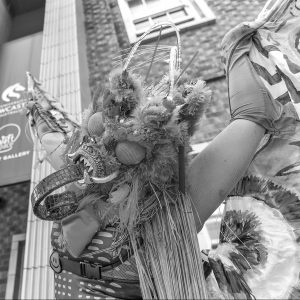 Wolf makes and codes her own crazy costumed characters which she then uses in performances; she calls herself a ‘visual storyteller’. Wolf’s characters are often monsters (queer coded ‘guardian spirit creatures’). Their otherworldliness is designed to simultaneously repel and delight. As a coder and educator, Wolf is interested in steAm: putting the arts into STEM to encourage women to code and use computers in creative ways. There is a rich history of women involved in computing, yet somehow those stories never get told.

Wolf’s most recent project, #Bug, is a tribute to Grace Hopper, an early computer scientist famous for coining the coding term ‘bug’. #Bug is a giant moth-like creature that both terrifies and enthralls in day glow and rainbow splendor. #Bug also honors the Scott sisters, a pair of local naturalists who contributed to documenting the moths and butterflies of the hunter region.