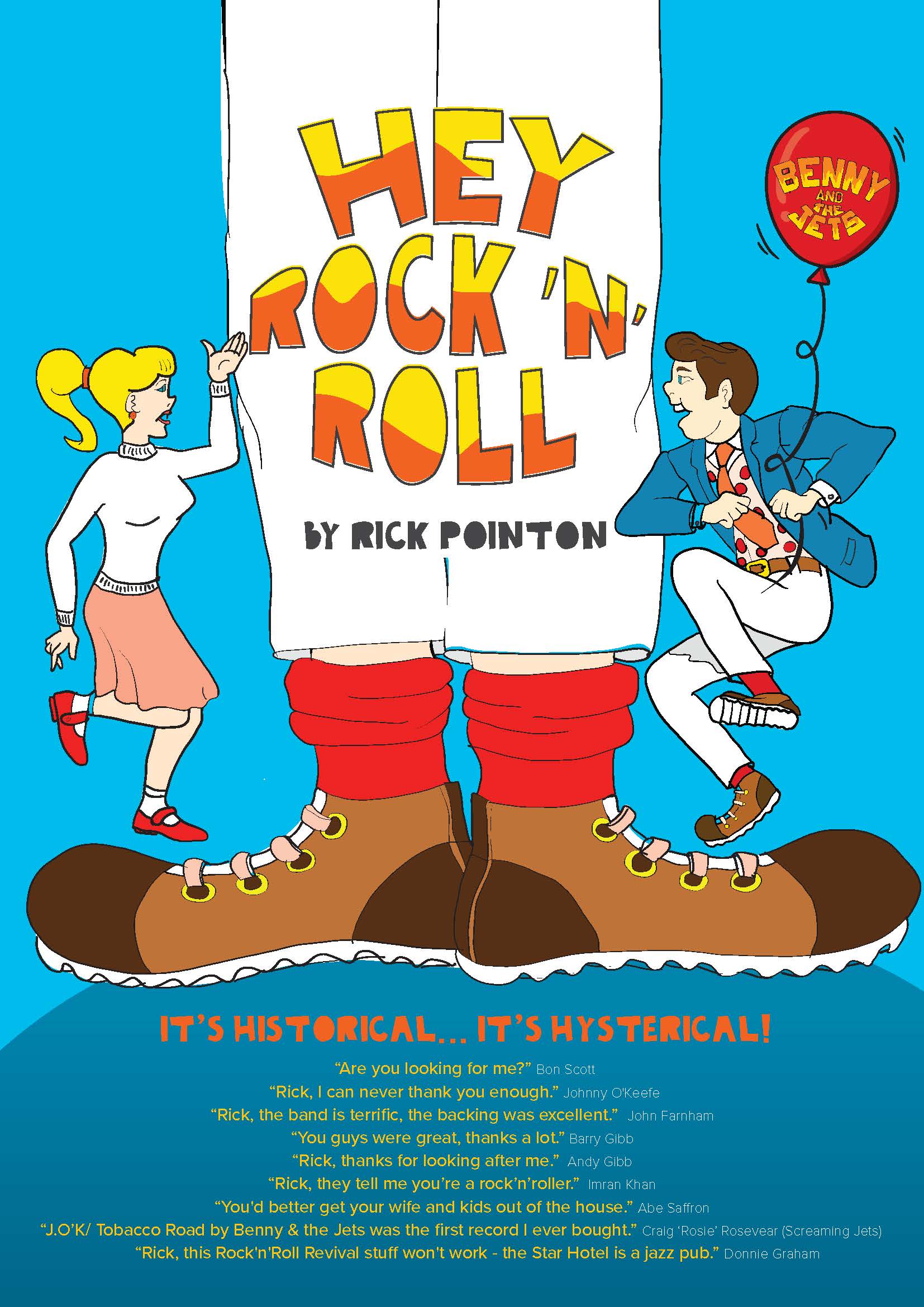 A survivor of cancer and a survivor of five decades of rock’n’roll – and they’ve both had their moments! Rick did his first paying gig in 1963 and finally unplugged his equipment in 2006. Since then he has still been very much involved with music. He’s recently written and recorded an original song ‘Nowendoc To Nundle” and numerous radio and TV jingles/commercials, several of which are currently on-air. He operated his own record/music shop for ten years and has worked in TV and radio for over 30 years. During that time he’s written and voiced hundreds of commercials. Rick has one of Australia’s best record/CD collections and has an encyclopaedic knowledge of records, artists, songs, writers, etc. etc. He is totally passionate about music and, being blessed with an excellent memory, he’s the person everyone wants on their trivia team. He has written a newspaper music column and featured on weekly Rock’n’Roll radio programmes. He has featured in several of Newcastle’s most successful bands, the biggest being the legendary Benny & the Jets. Without a doubt the band has gone into rock’n’roll folklore. Rick has received many awards including a bronze medal at the 1982 New York International Film & TV Festival. He wrote the scripts (and a song) for 13 episodes of the highly acclaimed NBN3 production ‘Beating Around The Bush.’ It was broadcast nationally on the 7 Network. Hey Rock’n’Roll is not just a bio but more a collection of interesting and humorous true stories as it traverses the various musical eras. You’ll read about the venues, the movers and shakers and marvel at Rick’s incredible collection of clippings and memorabilia lovingly kept from day one. This is the first time Newcastle (and other nearby towns) have ever been depicted during the Swinging 60s. This book will serve as an excellent snapshot of social history of that ‘way-out and groovy’ era. Finally, as a bonus, you’ll laugh yourself silly over Rick’s turn of phrase and humorous observations. Whilst he is understandably proud of his many achievements, he remains self-deprecating and never takes himself too seriously. ‘Hey Rock’n’Roll’ could well be the funniest book ever written anywhere about the music industry. As Art Ryan said in his Foreword, “Rick is Newcastle Rock Royalty.” Rick Pointon is a survivor.

Join Rick at Studio Amsterdam for the Maitland launch of this incredible story of Rock’n’roll survival.